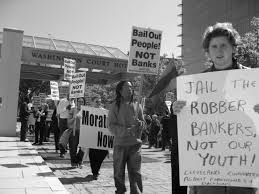 Here is a detailed, chronological account of our almost unfathomable story, and how big banks managed to swindle us, self-directed traders in securities,  out of our livelihood, leaving us homeless through illegal financial practices that we are actively fighting to undo through legal proceedings.

UBS and Credit Suisse: Breaches of Contracts and Regulatory Provisions

The aggression of UBS cannot be understood if just considered in isolation. The related reasons for such an oppressive approach are:

– the same law firm which represents UBS also represents Credit Suisse, where they know they have no legitimate defense;

– the liquidator for UBS is ex-Attorney General of the Bahamas, our ex-neighbor from Lyford Cay, John Delaney QC. This gentleman self-promotes himself as a type of guru who knows all aspects of law. However, looking at his dubious decisions to file litigation against us, we have big doubts about his professional competence;

– the liquidator (John Delaney QC) is also the owner and CEO of the Delaney and Partners firm, which among other things, offers real estate services, promoting itself as one of the primary real estate companies in the country.

There is a clear conflict of interest here – the real estate, our home, is of high value in one of the more exclusive communities of the world. Not one piece of real estate in the community was sold for under $3 million during the last five years (2015-2019). And yet this did not stop John Delaney and his associate (Ms. Lena Bonaby) to swear an affidavit filed on ……  where they declared that they were unable to receive an offer to cover their expenses (insert exact quote). But UBS’ expenses (not yet confirmed by the court) with the order is around $900,000, but the house’s certified appraisal value is much greater: $3,700,00 and growing (due to major renovations in the area).

We call it an attempt at robbery in our simple human society, where it appears this individual did not grow up.

For any fair and independent observer, it would simply be impossible to find any logic in the course of action the liquidator took in this litigation, himself being a QC.

UBS has an order for possession against us, successfully challenged be us received this favorable judgment in the Privy Council of the UK,  the total value with all eventual legal expenses being about $1.0 M. We moved an action against UBS for $6.0 M. The house value, according to two (2) independent  appraisals is $3.7 M in December 2017 and continues to grow.

The question is, why would they take possession of our house–which is clearly restricted by the judge– only to make improvements while throwing us onto the street with six children? We were left without suitable accommodation, no rights to be engaged in any gainful activity without licensing, and without any capital–not just to trade, but to make any sort of a daily living.

The answer is simple – there is a greedy circle that thinks they can bully and corner us into submission by taking all of our resources away from us. They think they are somehow above the law and protected by UBS and Credit Suisse, all the while knowing that they (the banks and law firm) have no defense against our claims.

Their only hope is that we will give up, squeezed by our hardship and our children’s oppressed childhood.

Well, they underestimated our resolve, as we have committed to fight to the end!

We are empowered now with so many dear new friends, who are helping and providing for us in an almost magical way, the editor of this text included.

I will name you if you allow me to, and will always praise you and the source which sent you all to us!

Please, support our website and sign our petition on change.org: Ask UBS to Stop Obstructing our Litigation. The pressure this creates for UBS’ “legal” team helps keep them in check and makes it much harder for them to obstruct the course of our litigation. We hope eventually to bring this to a brighter end, to end our hardships, and to set a precedent for others who might find themselves scammed and defrauded by banks and other white-collar criminals.

Write to us on Email or WhatsApp